This article was written by Katie Yu, an Engineering Development Group (EDG) intern at MathWorks. She is a graduate of the Florida Institute of Technology with a bachelor’s in Mechanical Engineering and is currently pursuing her master’s degree in Engineering Management at Duke University.

The electric vehicle industry has seen incredible advances in the last few decades, and the pace of innovation has not slowed. In fact, we continue to see rapid iterations and technology improvements continuously building on past ideas. Many of these are coming out of young, nimble startups around the world, who see an opening for upgrading and go full throttle into building a solution for the market.

Founded in 2017, Leadrive Technology, headquartered in Shanghai, China, is one such company providing solutions for electric vehicles. The growing startup is deeply engaged in the field of third-generation power semiconductors and is developing a variety of silicon carbide products. It has also completed simulations, development, and testing of electric drive components, systems, and vehicles.

Taking from past industry and automotive knowledge of their leaders, the Leadrive team has advanced development on their motor controllers as they aim to grow their market share. The components are fully certified by AUTomotive Open System ARchitecture (AUTOSAR), as well as Electromagnetic Compatibility (EMC) compliance with IEC-CISPR25 Class 3 and higher standards, critical aspects for automotive safety. They have a simplified component structure that lowers assembly complexity, creating flexibility and convenience for downstream customers, while allowing customized software design to better integrate different systems according to client demands. 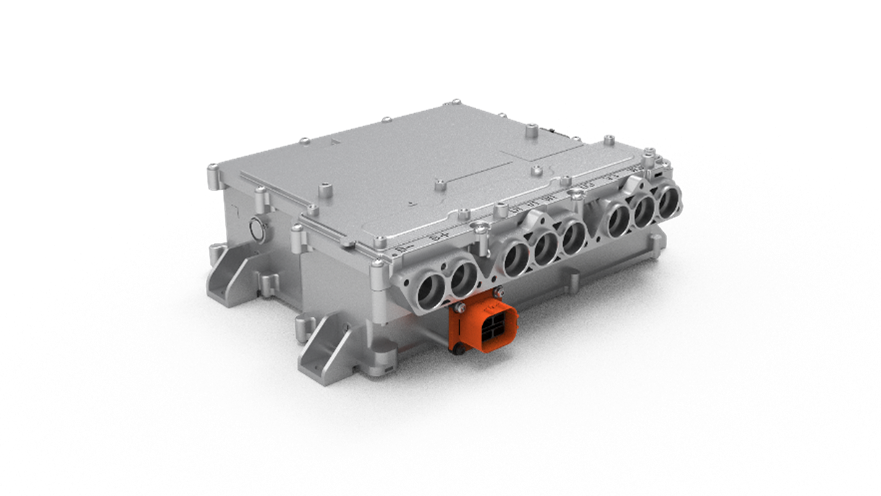 They are also focused on advances for their power semiconductor modules. The power modules follow the Design for Manufacture and Assembly (DFMA) methodology, leading to ease of manufacturing and assembly. For example, the design of the power connection terminal is compatible with international mainstream product designs. Using direct water-cooling systems with pin fins the system increases heat dissipation efficiency and power density. Leadrive also optimized the design of loop inductance in their power modules, decreasing stray current parameters that are not uniform and improving electrical module performance. 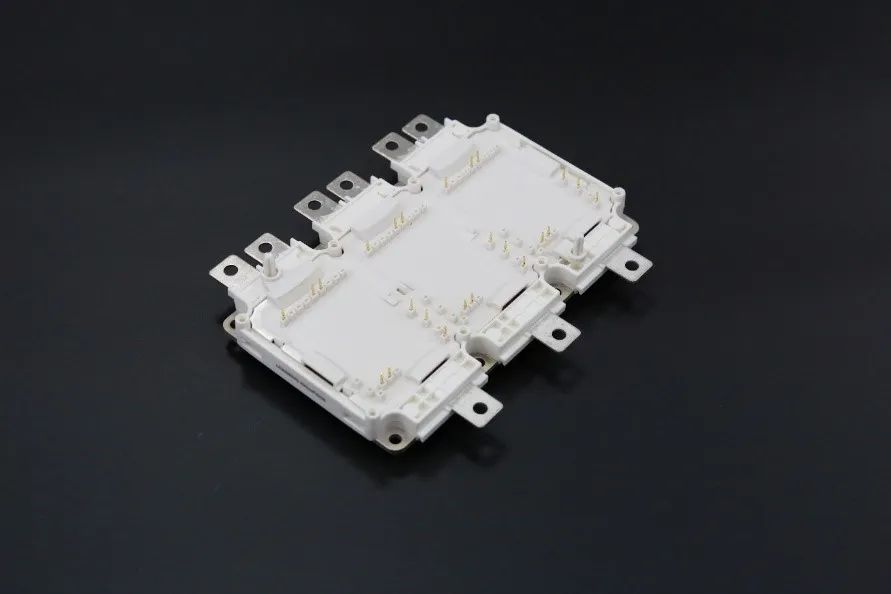 All of these aspects, of course, take significant engineering thought and teamwork to complete and develop innovative products. Leadrive undertakes the whole process of product design, manufacturing, assembly, and delivery with a stable supply chain ecosystem. These power modules are purpose-built for the drive system of the respective application they will sit in.

Some of the key areas include:

Leadrive uses MATLAB as a one-stop shop to evaluate its customers’ desired inverter power capability, voltage level, and harmonic values and then conducts optimization using Leadrive’s existing product families to determine the optimal product solution for its customers. MATLAB helps provide clear criteria for the trade-off of various algorithms used for this optimization. Compared with traditional methods, which require separate conceptual design, coding, testing, and reporting systems, MATLAB is an integrated environment for engineers to develop tools easily and painlessly.

During the software development process, Leadrive primarily uses Simulink. The Simulink system composer enables the specification and analysis of system architecture. Each module uses a test harness for unit testing, centralized code generation, and A2L file generation. Simulink is a UI that allows users to implement code functions through connections between modules to reduce the requirements for engineers and enable them to pay more attention to the algorithm. Simulink is also user-friendly for beginners and supports the integration of multiple third-party simulation toolboxes.

Like most startups, the team at Leadrive began from scratch in 2017. Today they have expanded to more the 200 full-time employees, many working in the R&D labs. 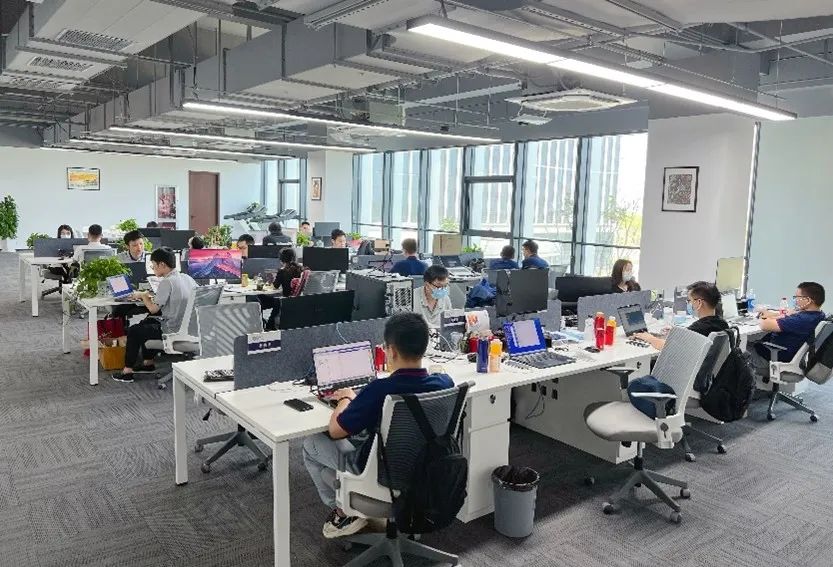 The growing engineering team at Leadrive (Image courtesy of Leadrive)

The Board Secretary, Director of the Market and Strategic Planning Department, Haoshun Shen, explains, “Our company culture emphasizes teamwork… as one group, we always consistently aim to achieve higher success. Our company mission is to become the leading electric drive components supplier for everything electrified and to expand the market worldwide. As the name of Leadrive implies- lead innovations, drive the future.”

Although MathWorks Startup Program has been around for around a decade, it has picked up significant momentum within the last 5 years, as it expanded outside of MathWorks’ headquarters in the U.S. and into other regions like China. Leadrive was one of the first members of the startup program in China. Through the partnership, early-stage startups including Leadrive gain access to special pricing on MATLAB, as well as resources like engineering support and training to help enable their development at a quick pace.

“MathWorks has always been at the forefront in undertaking social responsibilities. MathWorks Startup Program has greatly eased the financial pressure on our company in the early growth stages and helped us allocate more resources to R&D and project process,” adds Siwei (Zoe) Yao, senior counsel.

Since its establishment five years ago, Leadrive has displayed industry-leading design, testing, supply chain integration, and production capabilities. By utilizing these capabilities, they have developed a variety of high-performance motor controllers for electric vehicles and self-developed power modules. Leadrive’s products have been used by manufacturers and sold by suppliers worldwide to customers.

Concurrently, Leadrive has developed strategic cooperation agreements with over ten semiconductor companies and universities. Through co-built laboratories they have created an ecosystem of integrated production, education, and research development resulting in more than 200 patents. These partnerships have enabled Leadrive to develop the technologies to create key components that were once outsourced. Furthermore, due to the profound accumulation of industry resources, cultivation of expertise, and advanced technology, Leadrive has connected upstream and downstream industrial applications and broadened its brand’s influence in the global market.

Thus far, Leadrive has received many orders for both commercial electric vehicles and specialized orders for renewable energy generation fields. The team credits this on their products and technologies having higher power density, reliability, efficiency, and cost-effectiveness than its competitors.

“The continuous development of artificial intelligence, electrification, networking, and sharing of the automotive industry have become recognized future trends,” explains Haoshun Shen while thinking about future directions, “the automotive industry is bound to evolve into advanced intelligent mobile terminals, and electric vehicles will also usher in the high-speed development period.”

In the next three to five years, Leadrive aims to be widely respected for its outstanding research capabilities. Showing not only can they demonstrate distinctive conceptual designs in the laboratory, they plan to prove they can also transform these ideas into high-quality products with mass production and strong manufacturability.

Within five to ten years, Leadrive intends to expand outside the electric vehicles market and enter the controls platform, robotics, and aviation industries. From their newfound knowledge in the power electronics fields, Leadrive can further innovate new technologies. Ultimately, the young startup’s leaders want to achieve massive advantages in intelligence control and energy conversion while maintaining a leading position in electrification for all applications worldwide.